Swollen Gums and Braces. Are they related?

Your cool blue braces have been on for a few weeks now, and everything seems to be going according to plan. At least until you wake up one day with red, irritated, and swollen gums. What’s a Saddle Creek Ortho patient to do?

Swollen gums are actually one of the most common byproducts of braces, but in most cases, a few habit changes and proper cleaning techniques can alleviate the irritation that causes swollen gums. But before you can solve the issue of swollen gums, you need to know what produces the issue in the first place… Keep reading to find out how gums react when braces are introduced to the mouth, and how you can soothe the swelling (and even eliminate it altogether)!

Ceramic or metal brackets cemented to your teeth and threaded with wires make thorough toothbrushing a bit more challenging than it used to be. However, cleaning your teeth to remove bacteria is still as important as it’s always been, because bacterial plaque can lead to gingivitis (gum inflammation) and periodontal disease (gum disease), the first stages of which are red, bleeding, and swollen gums. 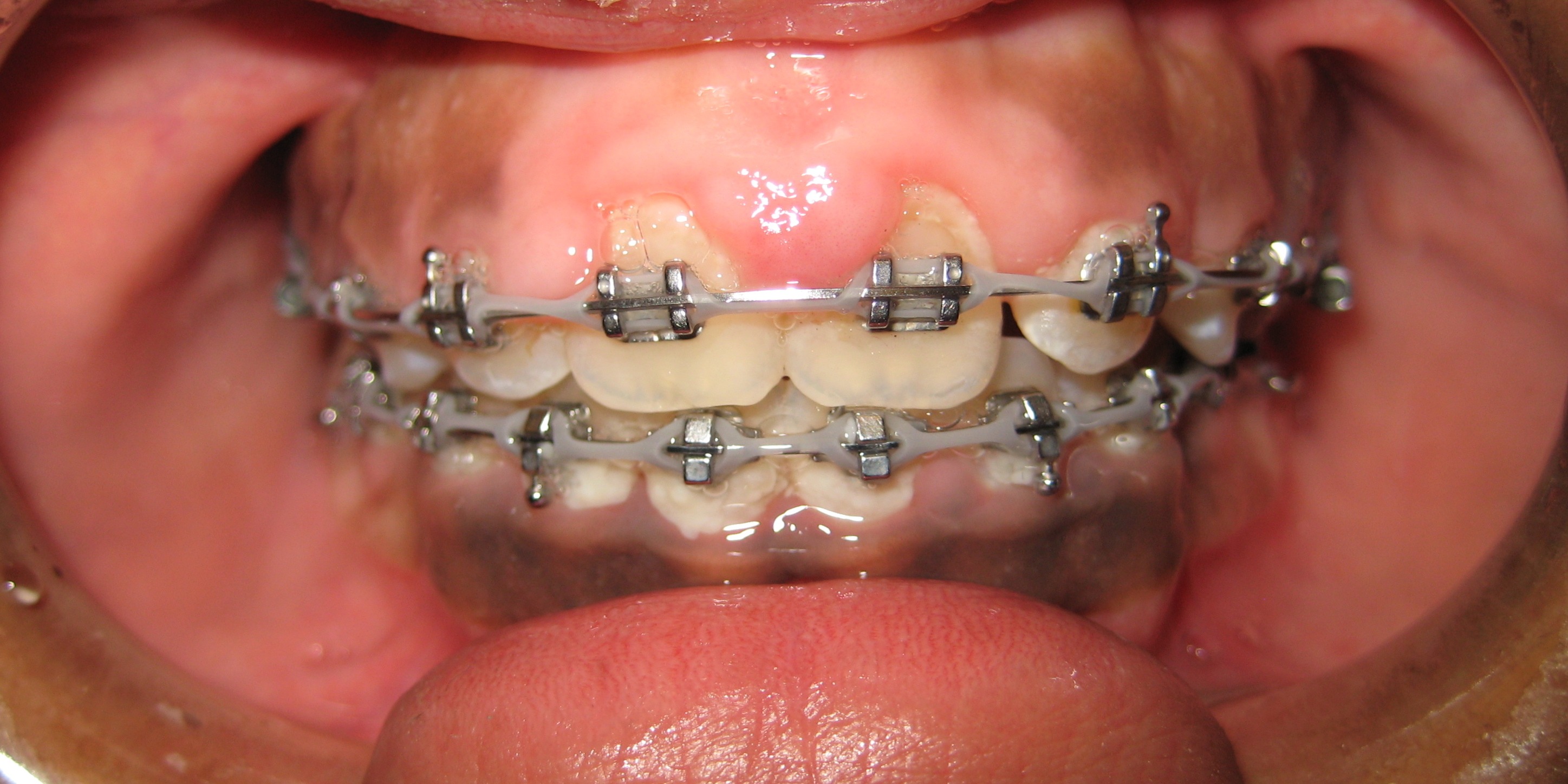 Unfortunately, puberty hormones can also escalate gum disease in young orthodontic patients. Inflamed gums make teeth even more difficult to clean, and eventually this issue can even accelerate to “detachment of the supporting structures of the teeth” if untreated.

Besides cleaning challenges, swollen gums can also result from hyperplasia or hypertrophy, conditions in which the gums overgrow because they are overly sensitive to the mere presence of the braces themselves. Additionally, pressure exerted from attempting to chew exceptionally firm foods (like certain fruits and breads and raw vegetables) can make swollen gums even more painful. 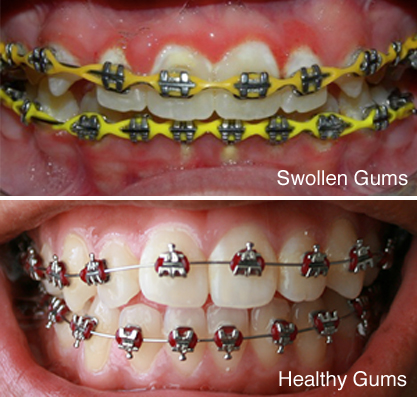 How to Soothe Swollen Gums

Now you understand why gums become inflamed easily in patients with braces, but how do you soothe swollen gums? First, a few habit changes can prevent further irritation.

First and foremost, the best way to avoid swollen gums or to reduce swelling is by keeping your teeth and braces cleaner. We recommend the following:

If you’re unsure or have more specific questions, any of our staff at our Memphis, Germantown & Collierville Offices can show you how to properly use any of these orthodontic tools. Don’t forget to brush after every meal, not only because it’s good for preventing swollen gums, but also because it saves you from the old spinach-in-your-braces episode after lunch.

Certain bad habits can also make swollen and painful gums worse. For example, if you chew on your pen in class, push your tongue against your teeth when you’re studying, or bite your nails or your lip when you’re nervous about that upcoming test, kick these habits to the curb to ease pressure on your sore gums! We know you’ll ace your classes anyways, and now your gums won’t have to suffer all that stress either.

We don’t mean to nag, but avoiding gum and candy, and taking vitamin C really can be very helpful as well. Your gums will thank you, and so will your mom!

If swollen gums become a major problem for you, even after going by these guidelines, or if you’re still considering braces and you’re worried about swollen gums, we can talk with you about alternative treatments. Invisalign or Invisalign teen are options for avoiding swollen gums because Invisalign is removable, making it much easier to keep your teeth and gums clean.

If you’re a patient struggling with swollen gums, we want to hear from you. Contact us anytime for advice personalized to your situation. If you’re still thinking about braces or Invisalign, call our Memphis office today to schedule a free consultation.